What is the Difference Between Medicare and Medicaid? A Brief Overview 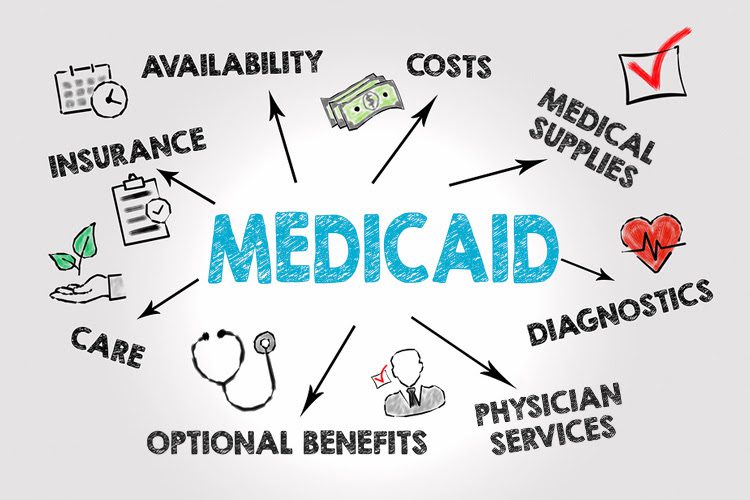 Though both Medicare and Medicaid can trace their roots back to the Social Security amendments of 1965, they are two distinct programs serving different groups of people.

The similar-sounding names can often be confusing, so this article will outline the differences between the two programs and provide more details about who Medicare and Medicaid are for and how coverage works.

Notable Differences Between Medicare and Medicaid

The chart below summarizes the key talking points about the purposes of Medicare and Medicaid and how they differ.

Medicare is a federally funded and operated government program. It serves as an insurance program that provides health coverage to three different types of people:

Most people tend to think of Medicare as exclusively for older people. Though Medicare is a social safety net that protects medical coverage for those who are no longer working or receiving healthcare benefits from their employer, Medicare also serves other groups in need. The program was designed as a type of “reward” in recognition of a lifetime of working, paying taxes, and contributing to society.

The original intention of Medicare was to serve older Americans, but the program has since expanded. However, most Medicare patients are still over 65.

Medicare has four “parts,” and each provides different benefits:

Outpatient physician visits are covered under Medicare Part B. It’s also known as medical insurance because it involves being seen by a doctor in a practice outside of a hospital stay. It covers expenses such as:

Both Medicare Parts A and B are called “fee-for-service” programs. This term means the medical provider gets reimbursed for the services that the Medicare patient receives. Under Medicare Part B, each service you receive is itemized and compensated individually.

Contrast this to a “non-free-for-service” model, which is structured as a flat rate bundle for a hospital stay, regardless of the number of services provided.

Here, the provider receives a fixed cost per patient, which ends the conflict of interest from the sometimes controversial fee-for-service model that can often lead to “extra” treatments that artificially increase a bill at the government’s expense.

It’s also worth noting that Medicare Part C is offered by private companies.

Prescription drugs not provided during a hospital stay or administered at a doctor’s visit are covered under Medicare Part D. There is no standard one-size-fits-all Medicare Part D coverage plan. Instead, each plan outlines which drugs are eligible for coverage.

Though Medicare and Medicaid both serve as something of a safety net, Medicaid is designed to help poorer families with medical bills rather than the elderly or disabled. Medicaid is especially helpful for low-income people who have children because coverage extends to the entire immediate family.

Because states play a major role in the structure of Medicaid, benefits, and eligibility requirements vary by state.

Can You Have Both Medicare and Medicaid?

Yes. An individual may qualify for both Medicare and Medicaid, having both sets of benefits (called being dual eligible). For example, if someone is over 65 and has an income below the current poverty level, they could be eligible for both programs.

Because the government doesn’t cover 100% of medical bills for Medicare patients (except for Medicare Part A for hospital stays), many people in the United States turn to a supplemental plan with monthly premiums to help cover the costs.

These supplement plans are called Medigap, and about 10 million Americans have this type of coverage. For example, Medicare doesn’t cover 100% of Part B costs. Instead, Medicare patients have coverage for only 80% of the cost of outpatient visits and care. A Medigap plan can be instrumental in providing additional coverage to pay for the high cost of medical care later in life.

In addition to providing additional health coverage, Medigap policies also give patients more freedom and flexibility in choosing doctors and treatment plans. There are even provisions that cover foreign travel emergencies.

Learn more about Medigap here or contact The Modern Medicare Agency to discuss your healthcare needs.